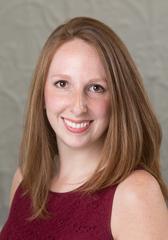 Ahkai Franklin is a New York City native. After graduating from Wesleyan University in 2004 with a bachelor's degree in Theater he went on to work with a local theater company while dancing, teaching, and performing across the United States. In 2006 Ahkai and his business partner began work on a not-for-profit dance company, The Breakthrough Movement. Recently Ahkai was in A Sketch of New York, Mary V at Theater for the New City, King Lear at the brick, and can be seen in the movie Barry now streaming on Netflix. He continues to teach and perform throughout the tri-state area.

Courtney began dancing at a young age, training and competing on Long Island, later studying at American Theater Dance Workshop and Eglevsky Ballet. She continued dancing at Manhattanville College where she received her B.A. in Dance & Theater with a concentration in Dance Therapy. During her time at Manhattanville, she was privileged to perform in works by many choreographers including Peter Pucci, Bill Hastings, Earl Mosley, Kazuko Hirabayashi and Wallie Wolfgruber and it was there that she also had the opportunity to debut her own choreography. Courtney has always felt drawn toward dance and the performing arts and knew she was meant to share that passion with others. She teaches ballet, tap, jazz and lyrical styles to ages 3 through adult. Courtney has been a part of Merrick Dance Centre since 2011, fulfilling her lifelong dream of studio ownership when she took on the honor of becoming its director in 2018. She is thankful for the wonderful dancers and parents that are apart of the MDC family.

​Nia Deliso started dancing at the age of 3 in her hometown of Middletown, NJ and went on to study
contemporary, lyrical, ballet, tap, jazz, and musical theater. She began her work in dance education at 15
years old and has since taught classes for ages 2 through adulthood across New York State. In 2018 she
graduated with BA in Dance from Eugene Lang College, where she had the privilege of performing in
works by Rebecca Stenn, Juliette Mapp, Stacy Spence, Larissa Velez-Jackson, and Nami Yamamoto.
Outside of being a dedicated dancer, choreographer, and dance instructor, Nia studies American Sign
Language and works as a freelance video editor. She works alongside various NYC based artists to create
dance video productions, as well as live performances. Over her 10 years of teaching, Nia has fostered a
love for movement as a mode of self-expression and continues to share that creative outlet with students
of all ages.​